At the end of July, the 26-year-old South African adventurer and social entrepreneur will be embarking on his third expedition to the summit of Tanzania’s Mt. Kilimanjaro, the world’s highest freestanding mountain.

But this time around, Sitole hopes to use his expedition as a means to drive change in his community, and will be taking four young Khayelitsha women with him to the Roof of Africa.

The expedition is part of a campaign to raise awareness about women’s empowerment and girl child education, and Sitole and his team hope to show other young women in South Africa’s townships that the sky is the limit.

“This is a great way to give wings to the women figures who continue to shape our world,” says Sitole.

“A lot of people still harbour a low expectation of what women can achieve, but this expedition can help create an imperative shift in the right direction.”

Bashe, who will matriculate from high school later this year, is also part of Sitole’s Desert Rose Adventure Club, which takes at-risk youngsters out of the township and organizes outdoor activities and life lessons in natural settings.

Stressing the importance of the all-female team selected for the forthcoming Kilimanjaro trip, Bashe says “We are always told that we can’t do this or that, because we are girls. Monde is trying to show everyone that we girls can also achieve whatever we want.”

When she matriculates, Bashe says she wants to be a professional mountain climber, and hopes that she can inspire other people from her community through her work, just as Sitole has inspired her. 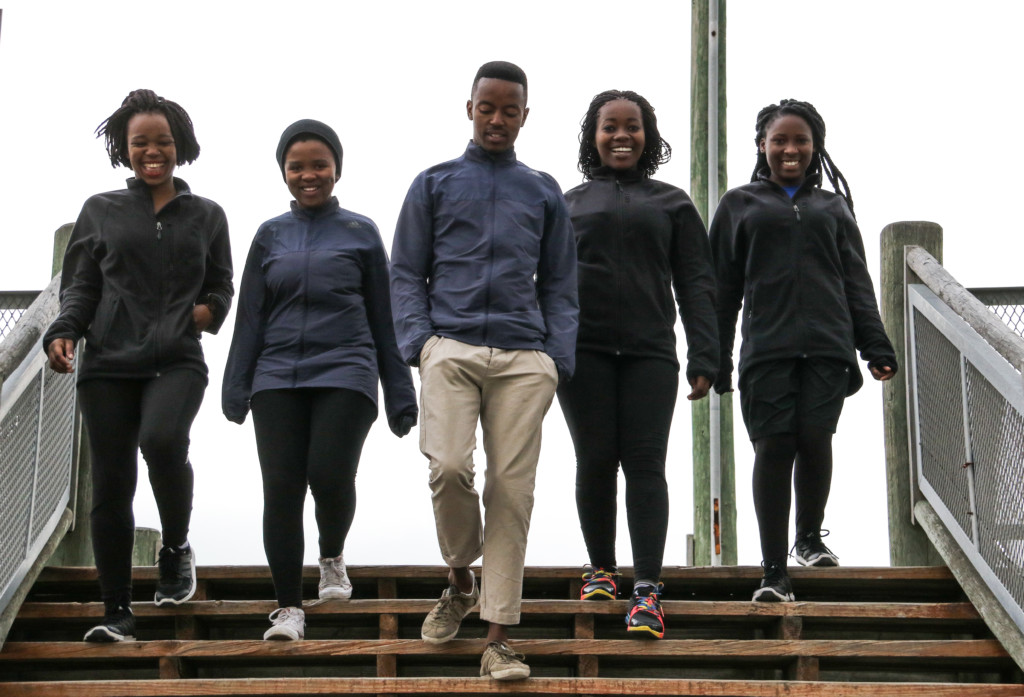 “As the youth, we are facing a lot of problems in Khayelitsha. But climbing can help us to get away from that.”

Sitole’s own path into adventuring and extreme sports began in 2008, when he was selected for a programme with Cape Windjammers, an organisation that teaches underprivileged children to sail.

Aboard the tall ship Concordia, Sitole sailed from Cape Town to St Helena, Ascencion, Brazil and Trinidad and Tobago.

Sitole was subsequently selected for Mike Horn’s Explorers Programme in Switzerland, where he took classes in adventuring, conservation and environmental protection. He says it was here that he “fell in love” with mountain climbing.

Since then, aside from Kilimanjaro Sitole has also summited Mount Denali, the highest mountain in North America, as well as Mount Elbrus and Mont Blanc in Europe.

He aims to summit the highest mountain on every continent, and has his sights set on Everest in the not-too-distant future.

“We live in a very claustrophobic world where fear and doubt are seen as taboo. But these expeditions teach you that doubt and fear are actually where you find the truest and most advanced version of yourself,” Sitole says.

In addition to his mountaineering expeditions and adventure club, Sitole gives motivational talks to school learners across Cape Town, and is pioneering a new initiative called The NextSchool, which seeks to make education more relevant, engaging and transformative through a range of projects and events.

“My overall aim is to invigorate the dormant potential in our young people,” he says, “to help them dare to dream and grab hold of their dreams, however big or absurd they might seem.”

This article was written by Christopher Clark and originally published in South Africa’s ‘The Times’.