The Umbwe route is a relatively short and very steep but scenic route approaching from the south. It is the least used and most demanding of all routes. As its challenging ascend is not popular with most climbers, it is instead often used for emergency descent from the Machame or Shira routes.

This route has great views, but it is the most difficult way to reach the summit. Altitude acclimatisation is difficult due to the fast ascent and the success rate is very low. 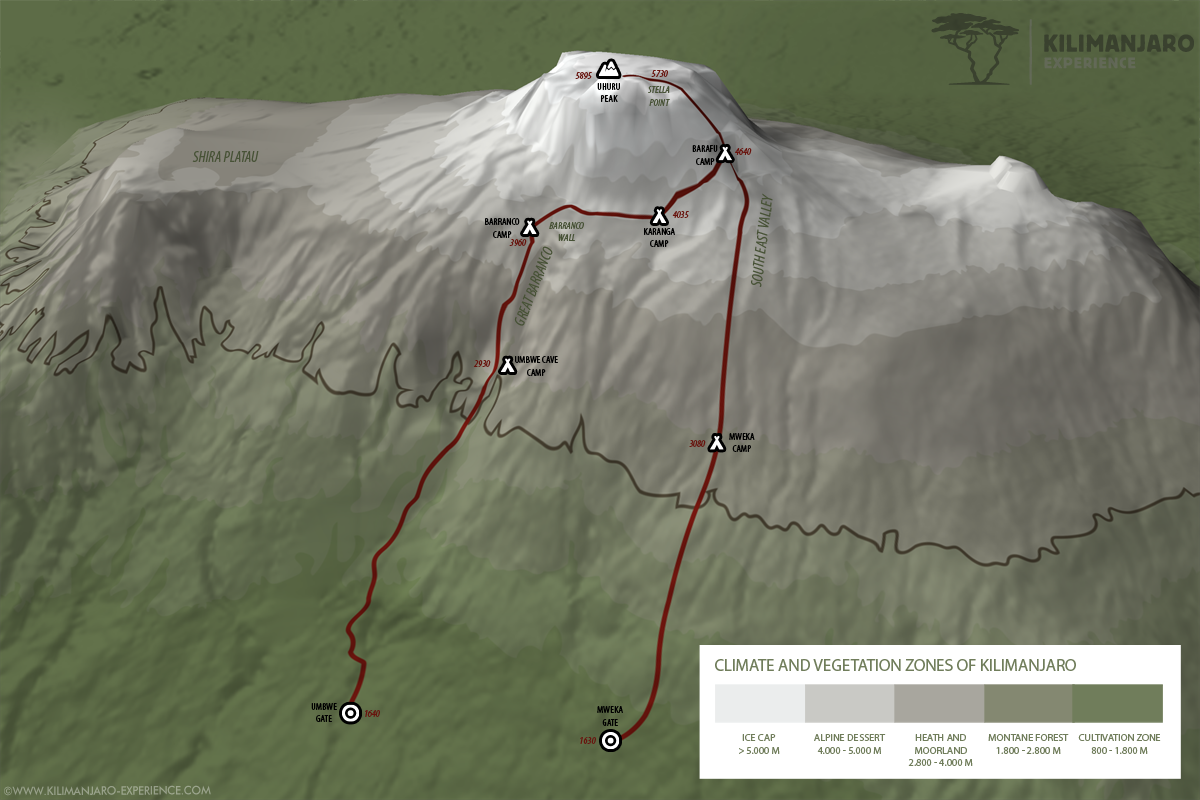 This route is short, steep and scenic. It is the least used route and also the most demanding.