Days to complete: between 7 and 8 days

Shira was the ‘original’ Lemosho route while Lemosho is now the ‘improved’ variation. The Lemosho route begins at Londorossi gate on the quieter western side of the Kilimanjaro.

It advances through rainforest on the first two days and later passes through a scenic heath zone with an abundance of Ericas. With eight days, this is the longest route up Kilimanjaro; from the third day it runs parallel to the Machame route. It is a difficult route, but excellent for acclimatization. It is considered to be more difficult than the Marangu and Rongai routes. 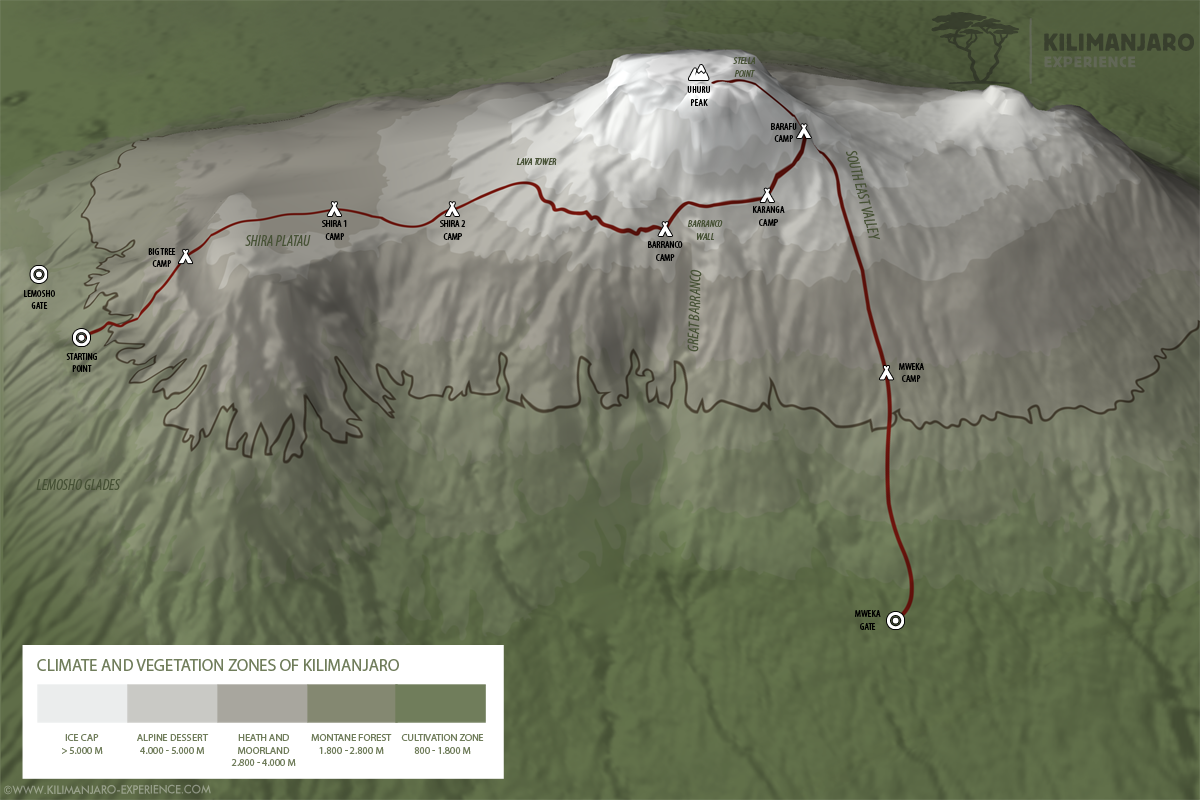 The Lemosho route is lesser known, longer and very scenic.It begins on the western side of Kilimanjaro.

One of the newer routes offering spectacular views from different sides of the mountain. Explore the largely untouched northern slopes.