It is possible to climb Kilimanjaro any time of the year.

Coldest months are July and August but these months are also the driest. September and October are also dry, but warmer. From the end of December to March it is very warm, but you might experience occasional rainfalls. The long rainy season stretches from  April until end of May and it might rain again in November.

Kilimanjaro lies close to the equator and may not have major seasonal variations in temperature. It is always cold at the top. The busiest time of the year is Christmas, New Year and school holidays – January/February and July/August. This is also due to the fact that weather conditions are generally considered most favourable during these months, with warmer day time temperatures in January/February and more likelihood of clear skies in the mornings and evenings both in Jan/Feb and July/August. 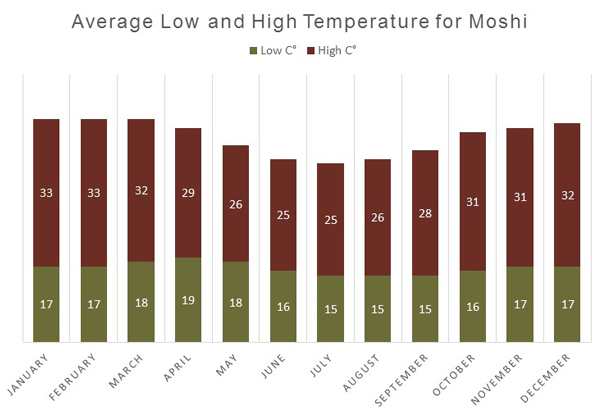 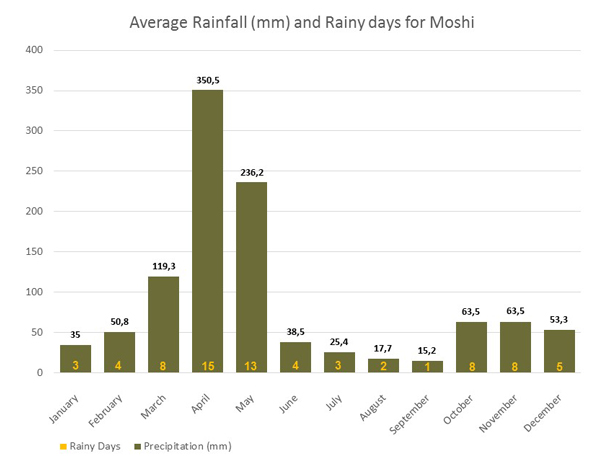