Days to complete: minimum of five days, but Kilimanjaro-Experience only does the six-day trek

Marangu route is the oldest route and often considered the easiest. It is nicknamed the “Coca Cola”route, as it is popular and attracts a larger number of climbers than other routes. It approaches Kili from the southeast and passes through beautiful rainforest and moorlands. The ascent on this route is constant and moderate, and the trekking is relatively relaxed compared to sections of other routes. This is a good bet for those concerned about their fitness. Marangu has good paths and gradual tracks. However, the constant ascension makes for a poorer acclimatisation profile.

In contrast to the other routes, you overnight in mountain huts protecting you from the elements, as opposed to sleeping in tents. Following the Marangu route, you ascend and descend on the same route and you will meet other groups travelling in the opposite direction. 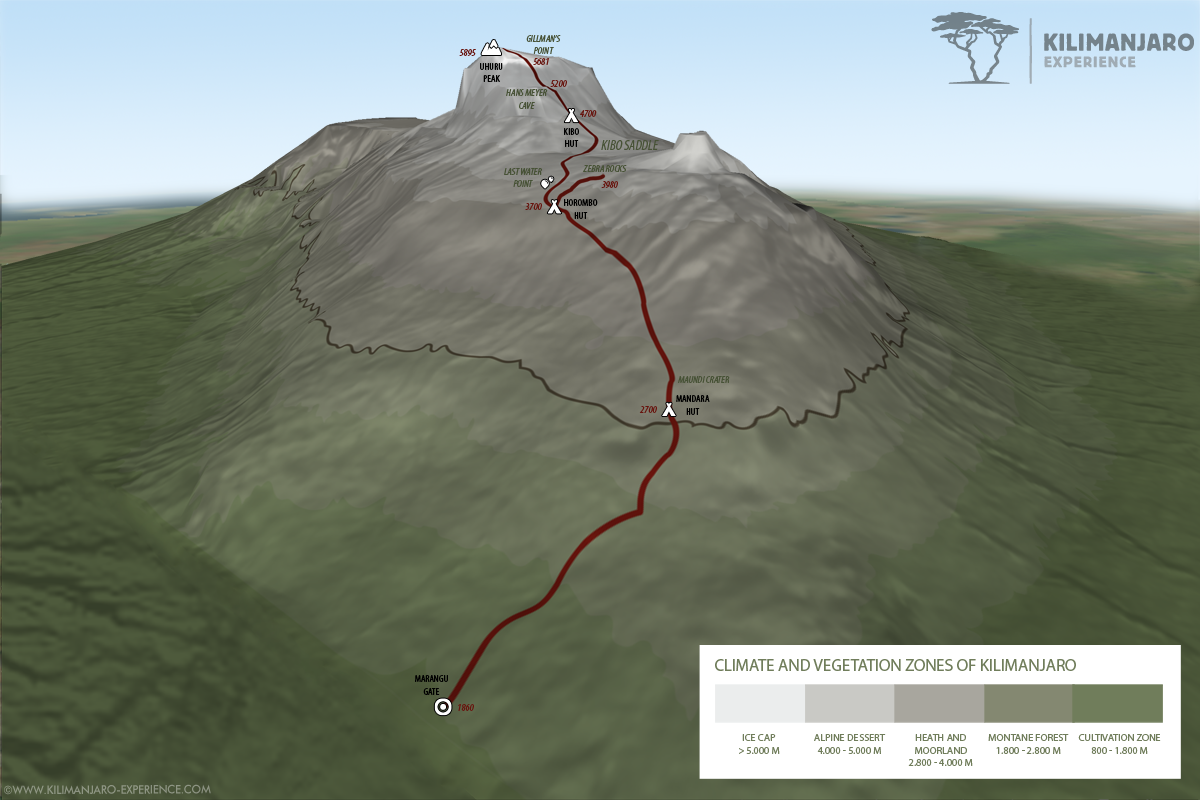 The Marangu route is perhaps the easiest and most comfortable way to reach the summit of Kilimanjaro.

Take the famous so-called Coca Cola route to the summit of Kilimanjaro.