Living on the foothills of Kilimanjaro – the Chagga people

With more than 120 ethnic groups, Tanzania is an incredibly diverse country and each ethnic group contributes something unique to society. The third biggest group is the Chagga people, traditionally living on the southern and eastern slopes of Mount Kilimanjaro.

The Chagga consist of more than 400 different clans who were ruled by mangis (chiefs) and although the Mangi Mkuu (chief of all chiefs) is not involved in the daily life of modern Chagga anymore, he is still respected by all.

In the past the Chagga people relied mostly on agriculture and even today agriculture is still a very important part of their economy and culture. The most common crops are banana, coffee, maize and beans, but they also plant finger millet.

Also called red millet, this is mostly used to brew a local alcoholic drink called Mbege. For this, bananas are cooked in a pot and then left outside to ferment. After about 4 – 5 days the mixture is strained. Now, a porridge made from the flour of finger millet, as well as water. is added. It then has to sit outside for one more day before the result can finally be tasted. 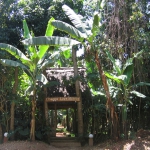 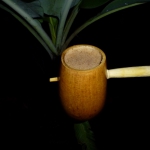 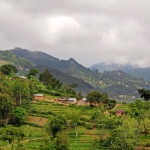 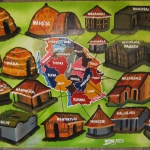 But not everyone will get their own cup as the mbege is traditionally shared and thereby promotes the spirit of community. That’s what makes it such a significant part of Chagga culture.

The Chagga diet contains a good amount of meat but fruit and vegetables like bananas, maize and beans are also an important part of it. Maybe the diet is one of the reasons why many Chagga become over 100 years old.

Although the Chagga people have their own language (Kichagga) with various dialects spoken in different regions, almost all of them also speak Kiswahili – the national language of Tanzania.

Their traditional clothing was made from cowhide but through contact with the outside world, clothing has changed – many Chagga women wearing colorful khangas and kitenges.

Today the Chagga people are known for being good businessman as they have a reputation for being intelligent and ambitious. The fertile soils of Mount Kilimanjaro and its favourable climate are not the only reasons for their relative wealth. They were also amongst the first ethnic groups in Tanzania to convert to Christianity and, therefore, to receive Western education.

So from the foothills of the highest mountain in Africa, to the businesses and towns of Tanzania, the Chagga people are contributing to the fibre of Tanzanian society.