Any travel experience can be enriched and deepened by reading books about a destination before or even during your own visit. Among other things, this is a good way to pick up tips, gauge other people’s feelings about a place, learn a bit about the history and culture, and fuel your inspiration. With this in mind, we thought we’d put together a little reading list for your Kilimanjaro adventure:

The Snows of Kilimanjaro and Green Hills of Africa 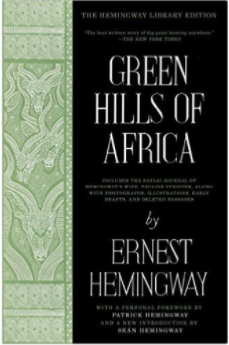 The celebrated Nobel prize-winning American writer Ernest Hemingway spent some time on a hunting safari in Tanzania back in the 1930s and wrote a non-fiction book about his time there, entitled ‘Green Hills of Africa’. Hemingway also wrote a well-known fictional short story entitled ‘The Snows of Kilimanjaro’, which opens with a paragraph about the mountain of the same name, and a leopard’s carcass that is found somewhere near the summit. The protagonist of this story is a dying writer on safari in Tanzania.

The Shadow of Kilimanjaro: On Foot Across East Africa 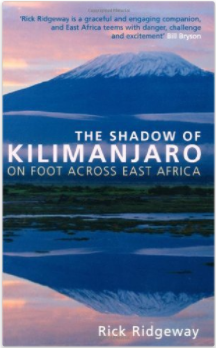 This book details the epic journey of famous mountaineer and adventurer Rick Ridgeway from the summit of Kilimanjaro all the way to the Indian Ocean on foot. Ridgeway’s account gives us an intimate insight into contemporary East Africa, whilst also considering the impact that colonial rule has had on the region, its people, its landsacapes and its wildlife. All the while, Ridgeway considers the region’s uncertain future from a conservation perspective.

Zombies on Kilimanjaro: A Father/Son Journey Above the Clouds 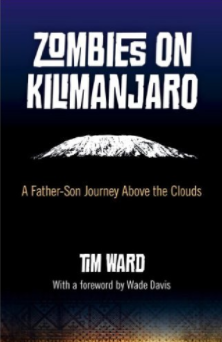 Tim Ward’s non-fiction book pays testament that to the kind of life-changing lessons or defining moments that can be prompted by a Kilimanjaro trek. As Ward and his son tackle the mountain, they also traverse the undulating and at times dangerous terrain of fatherhood, divorce, family secrets and old grudges, eventually forging a deeper relationship because of it all. The book also deals with the trials and tribulations of the mountain itself, as well as the threat it faces from climate change, as seen through Kilimanjaro’s retreating glaciers. 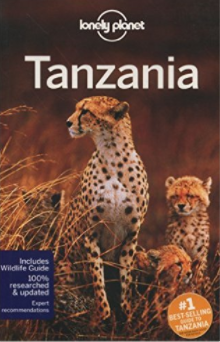 As is usually the case, Lonely Planet’s guide to Tanzania is the best-rated guidebook on Amazon for our East African gem. It offers plenty of tips, important information and background history for both our beloved mountain and the rest of the country, so is a good bet for guests looking to combine their climb with a Tanzanian safari or even a Zanzibar beach break. Delving into this book before your trek will help you get a sense of what you’re in for, and you’ll also be able to impress other climbers with your knowledge.

Kilimanjaro: To the Roof of Africa 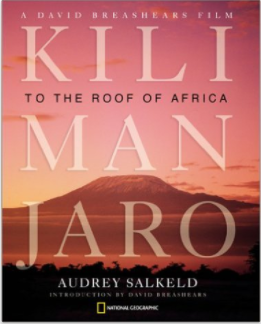 This is a beautifully-illustrated book from Audrey Salkeld that serves as an add-on to the 2002 National Geographic film of the same name; Salkeld was part of the team that made this film. As well as spectacular images that capture the essence of the mountain throughout this coffee table book,  there’s also plenty of information about the mountain’s history and Salkeld’s own journey with the National Geographic team.